Get Help for Any Type of Injury Case CASE EVALUATIONS ARE FAST, EASY, AND FREE.
GET HELP NOW
They fight for you when you don’t have the strength to fight for yourself.

Have you or a loved one been injured or died because of a train wreck? Working with a train accident attorney in Seattle can help you recover the damages you deserve. 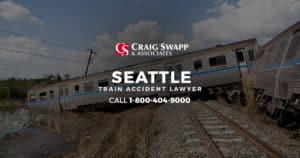 With train crashes, the impact is usually devastating primarily because of the mass and weight of the train. Other factors, such as speed, equipment malfunction, human error, and an inability to stop quickly, can all play a major role in the magnitude of a train accident.

When dealing with the outcome of a commuter train wreck, it is important for the victim to be represented by an experienced Seattle train accident lawyer who fully understands the personal injury laws and the legal standards regulating trains and public transportation—including the statute of limitations for filing a personal injury lawsuit. In many cases federal, state, or municipal jurisdictions apply—especially with Amtrak or local commuter trains and their associated tracks.

If your family has suffered in a train crash, whether from injuries or a death, call Craig Swapp & Associates anytime for an immediate FREE consultation at 1-800-404-9000.

We Handle All Types of Train Accidents and Train Wrecks

Equipment Failure – Trains are highly complex transportation systems, and a train wreck can be caused by any number of equipment failures, such as a defective or poorly designed or maintained rail line, a malfunctioning signal, or the failure of a safety system.

Human Error – Train accidents can also occur when train employees are driving the train distracted, inattentively, or at dangerous speeds, which may lead to a derailment or a collision with a car, truck, or pedestrian. There have even been incidents where human error has caused incorrect railway switching, causing a head-on or rear-end collision between two trains.

Chemical Spills – Freight trains often carry large loads of dangerous and toxic chemicals. A train derailment can cause a devastating chemical spill, which can harm those victims who encounter the chemical or breathe in toxic fumes.

No matter what kind of train accident that caused injury or death, our train accident attorneys are happy to answer your questions or provide you with a legal opinion to help you make critical decisions regarding your case.

Train Accidents Can Occur Anywhere, Anyplace, or with Anyone

The most common train accidents involve the following:

In addition, a train wreck can affect any number of victims:

As can be seen, there may be many factors to be considered when dealing with a train accident, especially regarding the railroad’s legal responsibility and liability. It is vitally important that you consult with a Seattle train accident lawyer who has the necessary experience dealing with the railroad companies or government-run entities. The train wreck attorneys at Craig Swapp & Associates are available now for a free consultation. Call 1-800-404-9000 anytime (24/7) or contact us though the form found at the bottom of this page. 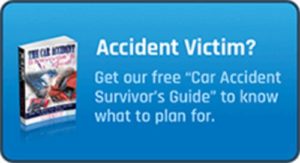 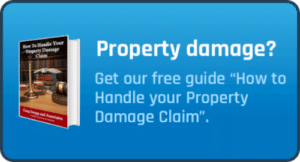