IVC filters have become a fast and simple resolution to a potentially life-threatening medical issue. These filters are put in place on a temporary basis due to extreme circumstances. When they work, they can save lives. When they don’t work, they can cause numerous health problems that you would never have had to face without them.

Some Idaho residents have become aware of the dangers and have been able to have the device removed before it was too late. The ongoing lawsuits against Bard concerning this device could mean that those who have used this device may want to contact an Idaho Bard IVC filter lawyer today by calling 208-331-0167 or by sending us a message online.

What is a Bard IVC Filter? 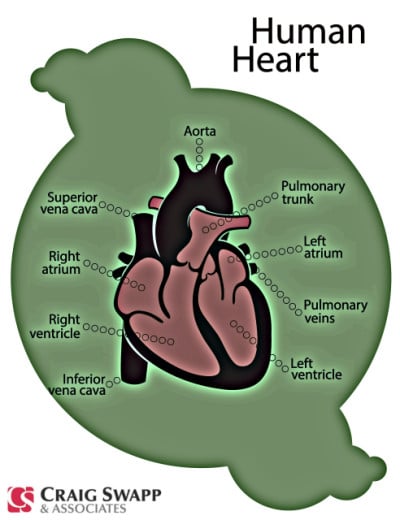 Though these implants aren’t strictly limited to Idaho residents, many patients throughout the country are feeling the pain that these implants can bring.

The Inferior Vena Cava (IVC) filter is used to prevent blood clots from making it through the system into the lungs or the heart. They work much like a net, catching the clot and breaking it up so that it isn’t dangerous anymore.

These filters are used when the potential for a blood clot is greater than usual. Such is the case with certain medical conditions and situations like car accidents or other events that cause significant trauma to the body.

This filter is cone-shaped and is inserted directly below the kidneys, in the largest vein in the human body, so it has the most potential to deliver a blood clot. This vein takes blood to the heart before the lungs, so it is imperative that clots are detected before they make it that far.

By 2010, the FDA had received 921 adverse reports about serious issues concerning the Bard IVC filters. Some of the reports concerned the amount of time the filters were left in place. These filters were designed to be a temporary solution to a temporary problem. Once the potential for the risk of a clot had passed, the filters were supposed to be removed.

In many cases, that just wasn’t happening. Instead, they were left in far longer than necessary and as a result, they sometimes came loose from their position or came apart. Another major medical issue that has gravely affected the lives of several people is transvaginal mesh.

The issues started long before then, though. In 2004, injuries had already been reported to Bard. Rather than warning anyone, they hired Dr. John Lehmann to create a report that indicated how safe the filters were and continued to use them. If users ended up seriously injured as a result of this negligence, Bard IVC manufacturers might be held liable for any injuries that were caused. 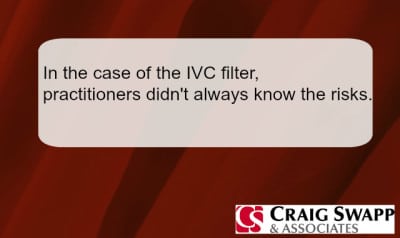 Some of the risks associated with these filters include embolization, perforation, device or fragment of device migration, difficulty removing the filter, and other issues.

It’s important to realize that because of the flow of the blood in this area if the device comes loose or comes apart, it has every potential to make it to the heart and/or the lungs. That’s why it is so important that patients visit their preferred medical professional and see about contacting an Idaho Bard IVC filter lawyer to learn more about the risks and what they can do to help.

If you have this device or have had complications with a Bard IVC, it’s important that you consult an experienced Idaho Bard IVC filter lawyer immediately. Medical device cases can be complicated and overwhelming, and difficult to deal with alone. The lawyers at Craig Swapp & Associates can help you figure out the best way to move forward. Contact our office online or call (800) 404-9000 for a free consultation.