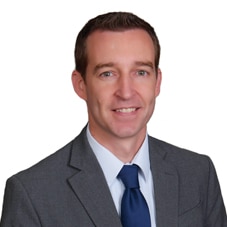 Dylan graduated with a bachelor’s degree in English from Brigham Young University-Idaho in 2004 before earning his Juris Doctorate at the University of Idaho in 2007.

Before joining Craig Swapp & Associates, Dylan served for 12 years as a trial attorney for the Ada County Public Defender. In addition to trial work, he also handled appeals, including arguing cases before the Idaho Court of Appeals and the Idaho Supreme Court. He has also held adjunct faculty positions with Brigham Young University-Idaho and Brown Mackie College.

He has been active in his community and the law industry, serving on the Idaho Supreme Court Domestic Violence Advisory Team and the Ada County Domestic Violence Court Team; mentoring at Concordia University; volunteering with the Idaho Veterans Legal Alliance; and supervising intern/extern law students. In 2015, Dylan graduated from the Idaho Academy of Leadership for Lawyers. He was also a volunteer English instructor in Mongolia from 1999 to 2001.

In his spare time, Dylan enjoys spending time with his family, exploring the outdoors, studying history, playing strategy board games, and fishing.