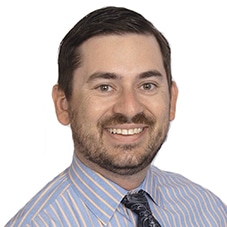 Although the majority of his legal experience deals with personal injury law, RJ has also been involved in DUI defense and Workers Compensation law.

RJ graduated with bachelor’s degrees in Economics and Politics, and Business from New York University (New York City) in 2004 before earning his Juris Doctorate at the Thomas M. Cooley Law School (Lansing, Michigan) in 2007.

RJ played tennis nationally for NYU during his college years. He was team captain for the 2003-2004 team and won the 2003 all-conference singles award. He continues to play tennis on a regular basis. RJ also enjoys mountain climbing, having climbed all of the highest peaks in New England, and has made a 2013 attempt to summit Mount Rainer (just short of the summit, sudden bad weather forced him to turn back). He’s planning another summit in the near future.