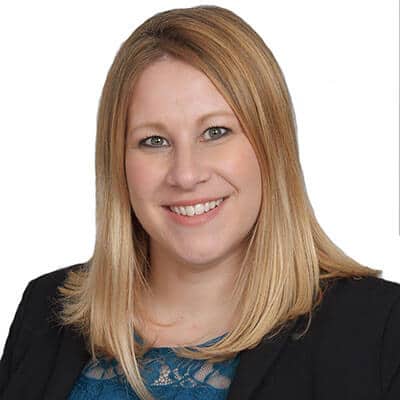 Erin received her Bachelors of Arts degree in History from Gonzaga University in 2001, where she was honored by being named to the President’s and Dean’s lists. In 2004, She received her Juris Doctorate from Gonzaga University School of Law. While in law school, she was named Associate Editor of Across Borders International Law Journal, Vice-president of Moot Court Council, and a member of the Law School Dean’s List.

She is a member in good standing with the Washington and Idaho State Bar Associations.

Prior to coming to Craig Swapp & Associates in 2018, Erin was an Assistant Attorney General for the Regional Services Division – handling workers compensation claims before the Board of Industrial Insurance Appeals, as well as guardianship petitions, guardianship Medicaid fee cases and vulnerable adult protection orders on behalf of DSHS-Adult Protective Services. Prior to that assignment, she was an Assistant Attorney General handling civil commitments in the Sexually Violent Predator Unit. Between 2005 to 2014, she was a Deputy Prosecuting attorney for Skagit County Prosecutor’s Office. She was also a Deputy Prosecuting Attorney for Kitsap County Prosecutor’s Office between 2004 and 2005.

In her spare time, Erin enjoys outdoor adventures with her two terriers Sammy and Lola, traveling, concerts and entertainment, and reading.