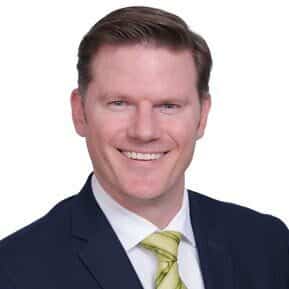 Personal Injury Attorney Ben Layman practices tort law and specializes in cases including automobile collisions, slip and falls, dog bites, commercial vehicle/semi-truck collisions, wrongful death and more. He has years of experience in negotiating and mediating cases, as well as significant trial and court experience. He is currently admitted to practice law in the State of Idaho.

Before joining Craig Swapp & Associates, Ben obtained personal injury experience working for another law firm specializing in personal injury. After that, he worked for the Ada County Public Defender’s office representing criminal defendants in the County’s Drug Court program as well as being a trial attorney with a winning record. Ben left the Public Defender’s office in 2019 to join the law firm Borton-Lakey Law and Policy. There he worked in all facets of civil litigation. He worked on cases from contract disputes, construction defects, property line disputes, homeowner’s association matters, water rights, personal injury, administrative proceedings, employment law and helped in the representation of the cities of Nampa, Eagle and Notus. He helped litigate cases with multi-million dollar claims and participated in multiple Idaho Supreme Court appeals.

Ben is a graduate of Idaho State University where he obtained a bachelor’s degree in Political Science in 2008 and was a member the ISU Track & Field Team that won back-to-back Big Sky Conference indoor championships in 2005 and 2006. He won the Big Sky High Jump title in 2006, was All-Conference, All-Conference Academic and Big Sky Athlete of the week many times. He was also awarded NCAA All-American West honors. After attending ISU, Ben attended law school at the University of Idaho and obtained his Juris Doctorate degree graduating early in 2010.

Ben is active in his community and has helped coach the high jump at Centennial High School since 2017 and in 2021 he coached both the 5A Boy and Girl state champions in that event. He is a member of the Business & Corporate Law section in Idaho and Idaho Trial Lawyers Association.

In his time away from the office he enjoys spending time with his family watching movies and going out on adventures. He is fluent in Spanish having served a mission for The Church of Jesus Christ of Latter-Day Saints from 2002-2004. He also is a self-described tech nerd who loves technology and has been building his own computers since the late 90s and is his friends’ and family’s I.T. guy. He loves cars and also enjoys working on them.